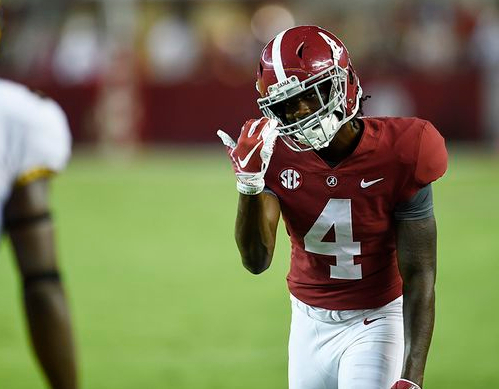 My bowl picks from the first half of the bowl season did well, and I think it’s because I assumed the chaos of the bowl games. Not much of my research matters during bowl season, you just have to kind of feel out each game. Who’s playing, what team is motivated and why, is there a coaching situation, anything like that.

The numbers don’t back up the final scores like they do very consistently in the regular season.

With that being said, here are my picks with a short statement of why, and maybe a few stats that could carry over to bowl season.

However, Notre Dame is underrated, in my opinion, inflating the line. Ian Book has been the spark this team needs, and their defense is just as good as the 2012 defense with Manti Te’o, if not better.

Vegas preys on the public bettors, and they know how far they can stretch a line where the public will still bet the favorite, especially a big popular bet like Clemson. I’m guessing the true line is closer to 9.5, but they made it 12. My projected spread is ND +10.

This bet doesn’t make a ton of sense, which is why I like it.

Michigan State’s offense has been painful to watch. I know Coach Mark Dantonio always has his guys ready, and they are great in bowl games, especially as dogs, but this season is different. That offense is butt.

Oregon also has a good motivator at the helm in Coach Mario Cristobal, and that matters in bowl games. He is an intense dude, and the combination of that and QB Justin Herbert returning will have this team hot and ready to go.

Oregon can win big if they play well on offense behind the arm of Herbert. They can also lose in miserable fashion because they’re the Ducks and they do that sometimes. Very confusing. Either way, Michigan State is incapable of blowing them out because of their offense, so covering -3 isn’t a tough ask.

I don’t know, I really like Mike Gundy and Oklahoma State has been a covering machine as a dog.

Mike Gundy has the second best hair in college football behind Dana Holgorsen. There you go.

For what it’s worth, my projected spread is only Oklahoma State +4, so there’s value with +9.

On the other side, A&M finished the season with the gauntlet of the SEC schedule, beating a highly ranked LSU team, and coming one play away from beating Clemson. They have played tough all season.

Despite the records, the teams just don’t feel equal. Texas A&M is a really good football team, and the SEC just ate them up. I think they beat NC State by two or three scores, riding the excitement of a good recruiting class and a good end to the season.

Ohio State was only good for like two games all season. If you take away the Michigan game, the public would be ALL OVER Washington +7 here.

Washington’s defense is really good, and yeah, they just beat up a really good Michigan defense, but Michigan and Washington aren’t comparable at all. Washington has the best secondary in the country, and they’ll do some damage on Ohio State QB Dwayne Haskins.

People are expecting Ohio State to run away with this game for Urban Meyer’s last game, but he’s an asshole and I’d like to think that things won’t end well for his coaching career. This is a really interesting matchup, and I like Washington to keep it close.

24-21 Ohio State wins. Maybe consider betting the under, too.