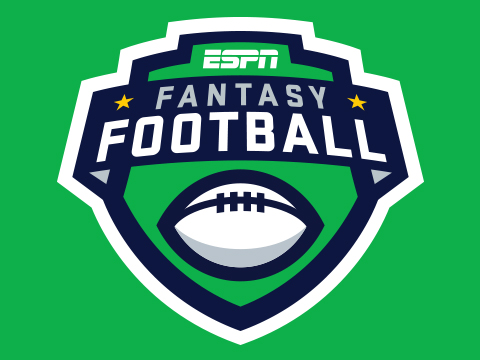 The Most Wonderful Time of the Year: Fantasy Football Playoffs!

It’s that time of year again folks, Fantasy Football playoffs have arrived! Put down your spiked egg nog, shut off that rerun of Elf and focus on the one thing that truly matters this time of year… winning!

“It’s the most fantastical time of the year

With the playoffs beginning

The league will be thinning and one will appear

As the best fantasy team of the year”

“They’re the most important weeks of them all

There’ll be many hearts broken and plenty of chokin’

When teams start to fall

They’re the most important weeks of them all”

I know it is far too late now, but first let me address the highly important issue of how to set up your league’s playoff schedule. Take notes! Over my “illustrious” fantasy football career I have been a part of many leagues; some great, some mediocre, and a few I’d rather forget. I’ve seen just about every possible playoff scenario. My advice… Keep it simple!

Here are some quick tips for next year:

Regardless of how you decide to set it up, make sure everyone in your league is aware of the format AND satisfied before the season starts. Surprises are great, like “SURPRISE! The New York Giants are terrible!” But there should be no surprises when it comes to your playoffs.

My condolences go out to those of you that find yourself on the wrong side of the playoff picture (that was my 1-10 team last year), but don’t be discouraged. You, too, have many meaningful games left. The consolation bracket is your last opportunity to battle it out for your chance to claim a piece of the title… “Not Last Place!”

For those of you with championship aspirations, may this time of year bring you joy and cheer! The assortment of contenders in your league can look something like a box of See’s Candies. You have the power houses, the overachievers, and the lowly division winners. Then there are the Gruden Grinders, like myself, that managed to take a 1-4 start and turn it into something truly amazing! Something for the Fantasy Football Hall of Fame. In that 12-team league, after Week 5, I managed to turn Ezekiel Elliot, Tom Brady, and Rishard Matthews into Antonio Brown, DeAndre Hopkins, and Alvin Kamara. As good as it may be, I often have to remind myself… “Stay focused, you haven’t won anything yet!”

So, how do you make the most of your playoff berth?

At this point in the season you should be thinking weeks ahead. Don’t wait until the last minute to add your streaming defense or pick up a flyer. Swoop these guys up a week early to prevent future headaches. For example, if you stream QBs, don’t wait until after this week to add Marcus Mariota for his Week 15 matchup with the 49er’s, add him now.

*Side bar, don’t trust any Oregon Duck in a playoff scenario. They will surely let you down.

Here are a few playoff stash-ables to take a look at:

Focus on the Numbers, not the name.

Stop starting guys just because they are a “BIG” name player. I don’t care what your dude did last year, or in 2015… What is he doing this year? Judging players solely by name will surely set you up for disappointment. If you haven’t figured it out yet, you can safely bench guys like Jordy Nelson and Emmanuel Sanders.

Quick, out of these WRs, who is having the most productive fantasy season so far?

Be honest with yourself… Did you guess Devin Funchess?

Let’s play again. Which RB has scored the most fantasy points per week since Week 8?

It’s “Touchdown T-Rex!” Burkhead has averaged 14.7 points per game with 5 tudders over the past 6 weeks. Start him and his sweet name!

Okay, I’ll give you one more shot. Outside of QBs, there are four players who have scored 6 or more TDs since Week 7. Antonio Brown, Alvin Kamara, Mark Ingram and… Who is the other?

It’s Robby Anderson! I bet you didn’t know that. He is peaking at the right time for one lucky manager in your league. I hope that manager is starting him!

The take away message here… Listen to the numbers! Don’t be that guy that’s married to his underperforming third round pick.

I might be a little crazy here, but this is a tactic I started to employ last year. I’m not talking about streaming a defense. I’m talking about anticipating your next opponent’s move and stealing their best available option. Does your opponent need a QB in Week 16? Pick up Blake Bortles against the 49ers just to spite them.

Now, you can only do this if you are willing to drop a player (that would be useless to your opponent), your opponent has a glaring weakness or obvious streaming strategy, AND you have waiver wire priority over them. If your situation doesn’t satisfy all three of these conditions then carry on as usual. The jury is still out on this one.

This seems obvious, but you’d be surprised by the lack of intelligence out there. Now more than ever, it is imperative that you double check your lineup Sunday morning before the first games. If your forced to compete during Week 17, don’t get caught in the trap. You don’t want to tune in late and find out that Le’Veon Bell is taking the week off. Be prepared! You’ve made it this far, how embarrassing would it be to slip now? Trust me, nobody likes a zero.

Trust No One (including me)

It’s time to get serious; it’s you versus the world these next few weeks. Unsolicited advice is going to come at you like a Jacksonville pass rush. Do your best Russell Wilson impression to navigate all the bulls***.

These conversations can happen anywhere.

Your family’s annual Christmas cookie bake off where your Uncle Ricky has had a little too much cranberry sangria and thinks now would be a good time to share his opinion about your QB situation.

“Matt Ryan was the MVP last year, no question you should start him over Cam Newton!”

“Ricky, do you even know what day it is?”

Or, perhaps you’ve been in this situation…

Fifteen minutes into your office holiday party, Susan from accounting has cornered you into hearing her reasoning on why Jay Ajayi still has top 5 RB potential.

“I’m telling you, Ajayi is a no brainer RB1. He’s had a slow year, but he was a second-round pick so it will all average out.”

“That’s not how fantasy works, Susan! Ajayi has been a liability all season, that’s why I diversified at RB.”

Your childhood friend, Reese, is upset that his team got bounced during the final week of the regular season, so he’s decided to root for your team and piggy back on your success.

“… and I think it was in your best interest not to trade me DeAndre Hopkins and Alvin Kamara for Zeke, but what do I know?

If any of this sounds familiar, you are not alone. This time of year brings out the ‘“guru” in everybody. Resist the urge to listen to these people. If they were such geniuses then why are they playing for 7th place in the consolation bracket? Trust yourself! You’ve made it this far, don’t start questioning your strategy now.

So there you have it, the extra juice you need as the fantasy season comes to a dramatic end.

Like Mike Ditka once said, “Success isn’t measured by money or power or social rank…” Success is measured by how many fantasy football championships you have!

I always like to end with some boneheaded predictions. Enjoy!

We all know the obvious choices here, but lets look past the biggest names of 2017. These guys are going to put up numbers during the playoff stretch.

In the end, f*** the predictions and may the luckiest manager win!

1 comment on “The Most Wonderful Time of the Year: Fantasy Football Playoffs!”