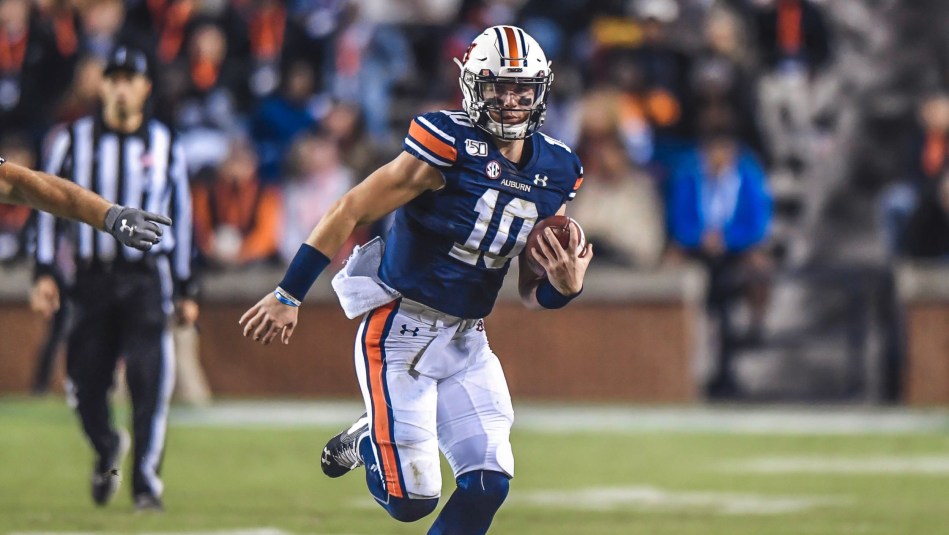 We finished 3-3 last week, but now we’ve got a lot more to work with. My confidence is through the roof this week. Last week, I was most confident in Miami, and that was the easiest winner of the week. I always trust D’Eriq King. Pitt forgot they had a game or something, and Wake just couldn’t quite keep up. Those were the right sides (until they weren’t) and I don’t regret giving those picks.

Anyways, I LOVE my picks this week. Here we go.

Auburn team total over 30 (vs Kentucky)

Look, you know I love Bo Nix. He is an experienced QB now, and won’t make dumb freshman mistakes. He won games and scored points last season as a true freshman in the mighty SEC, I trust he’ll want to and be able to run it up in his home opener this season.

Kentucky does have a solid defense, and some people like them this season, but c’mon. Four touchdowns and a field goal in a pumped up home opener with a good QB? Easy money.

I talked about how much I loved Bo Nix on College Football Impact Radio earlier this week.

Iowa State QB Brock Purdy, who I admittedly may have overrated last season, played like piss in their first game. The whole offense did. Iowa State, and specifically Brock Purdy’s motivation is obvious. Put points on the board.

The spread is wild here, as Iowa State is a three point road favorite but TCU has a 78% chance of winning according to ESPN FPI. That would suggest that TCU should be something like -7.5 or -8.5, not a dog, so take that as you will. It kind of scares me too much to bet it.

What I am taking from that spread discrepancy is that TCU is going to score points. They are a live dog, they are at home, and each team scoring 22+ is such an easy ask in this matchup, regardless of how good the defenses are. HAMMER this over.

The line has already moved two points from +9.5 to +11.5, and the underdog is historically good in this game. Not like a trend, but like every season the dog covers. Check out The Bear Chris Fallica’s twitter for the stats on that. On top of that, Miami is a HUGE public side after their impressive win that I was on last week. Always fade the public.

ESPN FPI only gives Miami a 58% chance of winning, which should only be about a three or three and a half point spread, and my projected spread is Miami -5, so either way you’re getting A TON of value with +11.5. Florida State has been good at mucking up games and making it ugly in recent years, too. Don’t confuse that with winning games ugly, it’s just ugly, but we’re getting 11.5 points here.

Look, it’s possible Miami just blows them out. D’Eriq King could be a Heisman hopeful if he wins this game by 30. But all of the data says the value is with Florida State.

Kansas got dominated by Coastal Carolina. Baylor has had two games postponed, and they’re itching to get out there and sling the ball around and hit someone, and Kansas is the perfect team to get started with. Baylor has an incredible amount of energy and confidence, and Kansas has probably already lost all of theirs. This is just a bad situation for Kansas.

If it matters, Baylor beat Kansas 61-6 in November last season. Lastly, my projected spread is around Baylor -27, so this pick is a gut pick AND a pick from the system. I think Vegas is weighing the fact that Baylor has not played yet, too much.

Texas A&M’s team total is 38.5. Just like why I liked Auburn, this is a home opener for a team with a lot of hype. Kellen Mond and Jimbo want to run it up to get this CFP hopeful season started.

Even if A&M only scores 38, Vandy just needs 9 to hit the over. I trust that we will either see a garbage time TD, or A&M hits the over by themselves. There’s even the unlikely situation where Vandy scores 21 points or something weird. A lot of ways to hit this over, especially with a Jimbo offense at home and an experienced QB who is focusing on not turning the ball over as much.

I don’t know why there are so many totals in my picks this week, but this one is simple. Mike Leach has never struggled on offense, and he has never had SEC talent in his system. They also aren’t that great on defense, and while LSU doesn’t have Joe Burrow, they are still LSU. Points will be scored, and 57 just feels low.

No crowd in Baton Rouge will help the fast paced air raid offense, and it will possibly relieve some pressure on first year starter Myles Brennan for LSU. I don’t think this game has a shot at getting to 70, but I do feel confident in a Mike Leach offense to get into the 20s, and assuming LSU wins, the over should sneak by. This is purely a gut pick, because I can’t wait to watch this game. If you had to rank my six picks this week in confidence, this is 5th or 6th.